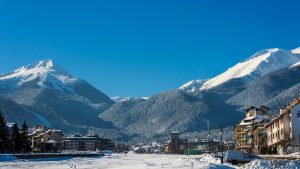 Europe and European societies have faced numerous and complex security challenges over the last few years, caused by diverse internal and external factors. Along with migratory flows, the threat of radicalism and terrorism is becoming more and more tangible. In addition, in Europe, more and more young people are involved in extremist movements in the search for identity and their place in society. Some of the attacks were committed by young people who grew up in Europe and attended European schools. Deep feelings of injustice and frustration, such as lack of belonging and sense of social exclusion, are among the main causes that contribute to the vulnerability of young people and increase their readiness to join extremist groups that offer a seemingly social purpose for them . Moreover, with the refugee crisis of the past few years, the number of extremist right-wing groups and nationalist parties has increased in Europe, leading to the creation of conditions for instability of European values – human rights, diversity, tolerance and solidarity. In this context, the danger of radicalism among young people is growing tremendously, and this topic is not covered enough in public. Our team believes in the potential of non-formal education and Erasmus + specifically through investing in human rights education, informing and empowering young people, and popularizing European values to reduce the risk of radicalization of young people. Participants will discuss topics such as stereotypes, prejudices, xenophobia, racism, discrimination, and how they can lead to social exclusion of young people and hence increase the risk of radicalization, the role of social media, and the language of hatred to fuel extremist behavior.

Accommodation and food (breakfast, lunch and dinner) for the duration of the activities will be covered by the receiving organization.

Each  participant will have to contribute to the project with 20€ as a participation fee. The fee will contribute for the higher quality of the project and cover the extra costs for the project such as local trips, cultural events, etc.

If you are interested in and would like to take part in  please fill the from here :  https://docs.google.com/forms/d/e/1FAIpQLSduhBmS5FXONO3QkCiLOLJMbSpc5SOT-8EbaLIc_vAZW1ulOg/viewform?c=0&w=1