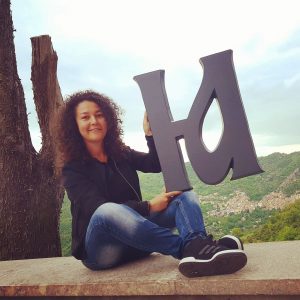 2019 might be over but the impact that it had on my life will last forever!

I am writing this article from my home in Etropole after the amazing 12 months of experience that I had during my volunteering service in Matera, Italy. 2019 was a year with significant importance not only for Matera as it was titled European capital of culture 2019 but also for Plovdiv which in fact is the first Bulgarian city honored to be European capital of culture in the same 2019. I felt really connected to the initiative ECOC since I have graduated from Cultural Studies and the cultural relations between Bulgaria and Italy have been in my interests for the past couple of years. It all started back in 2016 when I did my first Erasmus experience in Perugia where I studied the Italian language and culture for 6 months. This is when my passion for Italian culture was born and I don’t think I’ll ever get rid of it! So when I found this particular volunteering project on the website of European Solidarity Corps I was completely sure that it was going to be the right thing for me, as I had just graduated from University and wanted to gain more experience so I applied immediately and fortunately enough I was selected! Arriving in Matera though, I was introduced to a completely new world, so different even from Italy that I thought I knew. Matera is everything but an ordinary city, actually is very unique one. There is no other place in the world with the same architecture as Matera’s, recognized and protected by UNESCO since 1993. But I am not going to speak a lot about its history because I’ll have to write a book and not a short article as this one is supposed to be 😀

Being in Matera exactly in this special year was a great privilege at first place but volunteering itself brought me so many beautiful things and enriched me in a way that I could have never imagined… I found myself in situation where I met so many different people coming from different cultural backgrounds thus speaking different languages, expressing themselves differently… those strangers instantly become your family there. You get to live together, you get to share the same house, and without even realizing that house has become your home. Interacting on a daily basis with so different persons than you, who often have different opinions than yours, teaches you really a lot! I became so much more open minded and tolerant, I learned how to put myself in the other’s shoes and see the other point of view so easily that it seems so natural to me now.. You know the feeling that pushes us towards learning new things every time, new languages, new ways of expressing ourselves, new ways of eating, new ways of living … to enrich yourself thanks to the differences and what can scare you is the biggest gift one can ever receive.

Taking part of Human Capital project 2019 has really changed my life. I had the great privilege of being selected as a volunteer by the Matera-Basilicata 2019 Foundation in the year that was so important for both Matera and Plovdiv – the European Capitals of Culture 2019. For this reason I was involved in projects co-produced by both cities, being a link between the two European capitals of culture. Besides that, I have taken part in many other wonderful initiatives that the Foundation has launched, among these was the “Gardentopia” project that I had the pleasure of being a part of throughout the whole year. Gardentopia unites in itself very sensitive topics such as: increasing active citizenship and a sense of community through the green culture, thus making places more beautiful, bringing culture where it usually cannot be reached (neighborhoods and villages on the suburbs) through artistic performances; Creating, growing and flourishing a regional community of the citizens who take care of their surrounding green areas and who acquire and exchange European practices. In this way the project has reactivated 32 gardens spread in 26 municipalities of the  Basilicata region. Thanks to the tours I made in the Basilicata region throughout Gardentopia I had the opportunity to get to know the area better, its wealth and its needs. Thus the idea of ​​realizing another project concerning the development of rural areas and youth entrepreneurship was born. Together with some other volunteers, who just like me had been captivated by the Basilicata region, proposed our ideas and visions to our coordinator Birgit who supported us in the writing and formulation process of the project. And here comes the great news:  Fortunately, the project got approved by the Italian National Agency making us so happy and proud! Through the same youth exchange project that will take place in May 2020, in Chiaromonte – a small town located in Basilicata, some of us – the international volunteers, who have experienced 2019 together in Matera, will return to share our story and pass on our experience to other young people. This way we are going to provide more youngsters with a chance to understand what opportunities they have and can take advantage of. So 2019 might be over but the future is still open for everyone and I will make sure to bring forward what I have learned throughout this fascinating year by spreading the impact that it had over me and making it even stronger and wider!  What about you? Are you up for the challenge?